Art in your home

Cassius Marcellus Coolidge better known as Cash was an American painter born in 1844 in New York. His parents were farmers,
His entrepreneurial activity was remarkable, he worked in banking until he founded his own, he had several pharmacies and even founded his own newspaper.
Although he is known to be the creator of a series of paintings called “dogs playing poker”, exactly sixteen works, although only nine are playing cards.
These works are created as a result of being hired by an advertising agency for a campaign of a brand of cigarettes.
Although difficult to catalog artistically, these works reached astronomical figures at art auctions, more specifically, $658,000 at Sotheby’s. Now the entire collection is valued in millions of dollars.
Cassius was widely reproduced and imitated, he died in New York in January 1934. 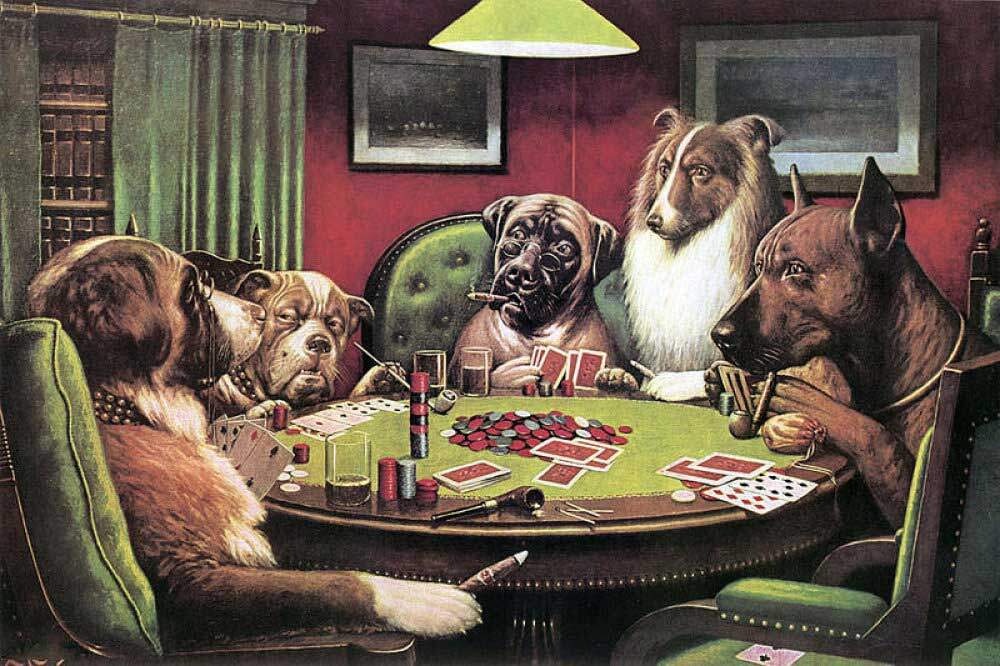 What kind of paintings can I buy in Copiamuseo?

If you don’t find what you need, request it through this form.

Remember that you can order the painting you want from Copiamuseo, with the measurements you want, we will take care of the rest.